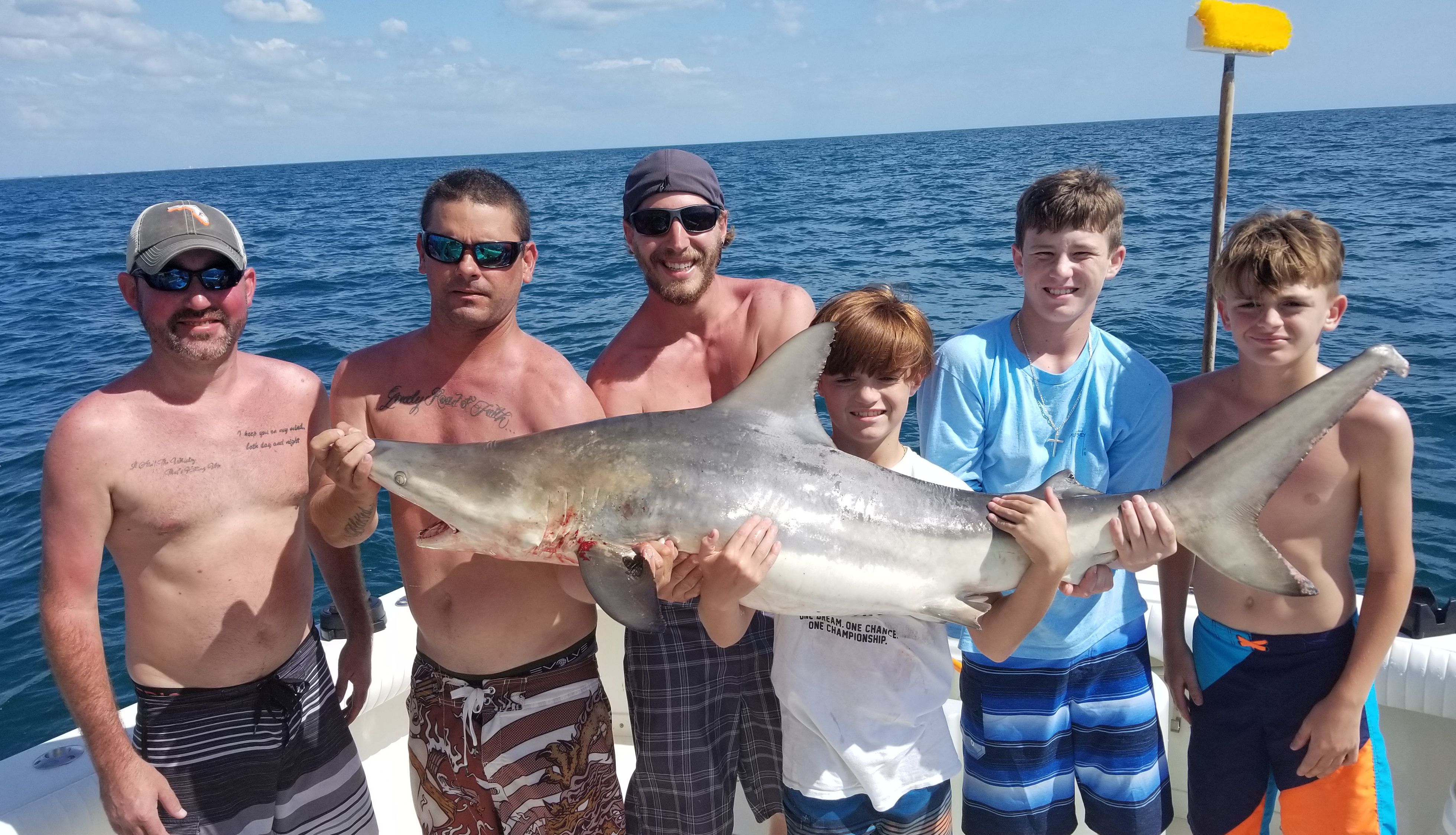 We enter a transitional month for fishing. Migratory fish are moving in all directions throughout the gulf. We have kingfish settling in areas that have a consistent food source.

Tarpon already idling down the beaches beginning their annual pre spawn ritual. Red grouper are following in the spanish sardine schools, making their way towards our coastline.

Sharks invading many areas quite willing to bite your prized catch in half during battle. Giant goliath grouper are also making their annual appearance, taking residency for the summer on many wreck locations . The month of May always seems to be a month that anything is possible, since many species are on the move.

Water temperatures are teetering at the mid seventy mark on the surface. If you have read my fishing reports in the past, you'll notice that I am always thrilled to announce water temperatures are in the seventies. It truly is a magical time to go fishing. Anything is possible. Offshore, you could hook a blackfin tuna, shark, kingfish or even a goliath grouper, all in the same day. Migratory fish are hungry, constantly traveling from one food source to the other during their journey . It's the perfect situation for anglers hunting for an action packed day.

The key to success is pretty much the same as it always is at this time. Find a food source that is preferred by fish you are targeting. Put them in their path of travel. Expect some explosive action. Hopefully the water temperatures will remain in the seventies for a few more weeks, increasing the amount of migratory species that visit our area.